For the first time, during the “Extreme Traveler International Congress” in Baghdad, the ETIC Award was presented to the most extreme travelers of the year 2018.

The “Extreme Traveler of the Year” trophy is now awarded annually in 4 Categories: 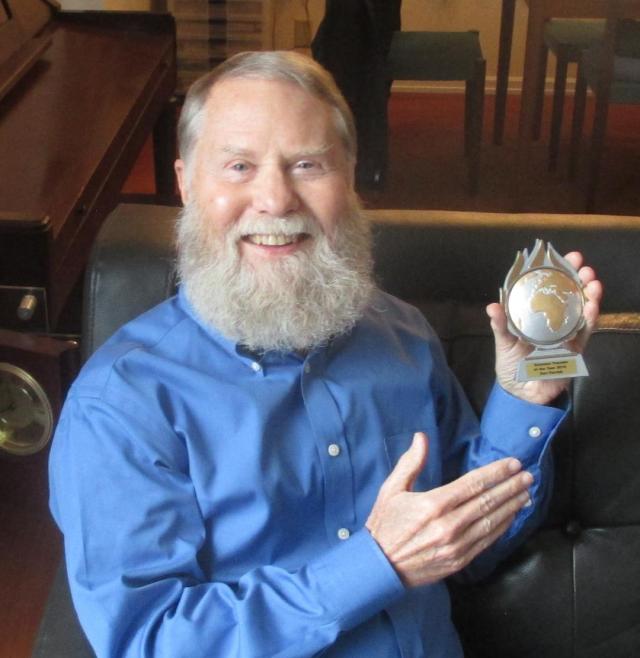 US-American icon Don Parrish with the Trophy of the ETIC Award 2018, presented to him in Baghdad, Iraq, as the “Champion of the World” among Extreme Travelers, for his lifetime achievements within the Extreme Traveler community. Don Parrish’s lifetime travel summary is to complete visits to all 193 UN countries (about 200 people have done this), all 327 countries on the Travelers Century Club list (24 people have done this), and all 266 countries on the UN+ list on Nomad Mania (only 4 people have done this). For almost 5 years, he has been listed as Nr. 1 on the Most Traveled People ranking. Don Parrish has helped all of the major travel clubs in areas like improving aspects of websites, recruiting new members in his media interviews, promoting key pioneering concepts like travel verification and fostering understanding of extreme/systematic travel. He leads by example.

The legendary Maselis family from Belgium receive the “Extreme Traveler of the Year 2018” award in the category “Curiosity”. Patrick Maselis and his family were the first ever private travelers to land at the brandnew and challenging Saint Helena Airport in the South Atlantic.

The ETIC Award 2018 in the category “Community” was divided between the two founders of the two most important systematic travel clubs: Charles Veley from the USA and Harry Mitsidis from the UK & Greece, with their clubs “Most Traveled People” (MTP) and “Nomad Mania” (NMM) respectively. By providing a community platform, by setting the standards, by communicating the message, and by connecting the players, both have delivered more value to the systematic traveler community than anyone else worldwide.

At the Coral Café in Baghdad, Charles Veley is pictured on the left. Harry Mitsidis’ trophy was received in his absence by Nomad Mania Boardmember Thomas Büchler from Switzerland, pictured on the right.

The Award for the Most Extreme Traveler 2018 in the category “Courage” was presented to Harald Buben from Austria for his ad hoc solo drive on a business trip from Baghdad to Damascus, witnessing the Battle of Ghouta on the way. (Picture of Harald Buben taken in front of the Coral Café Baghdad.)

Kontakt: koljaspoeri@yahoo.de
View all posts by Kolja Spöri →
This entry was posted in Allgemein. Bookmark the permalink.
%d bloggers like this: